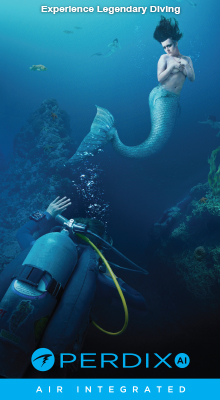 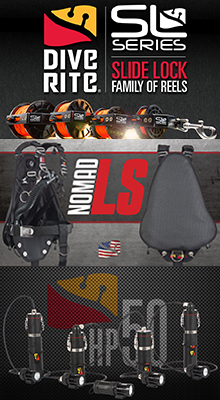 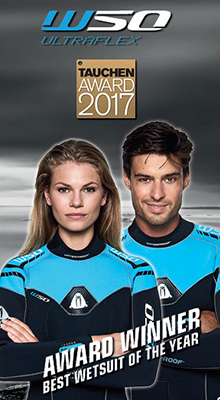 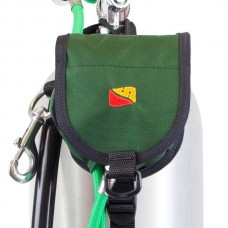 Safety precautions are key when diving with multiple cylinders with different gas mixes. The O2 Second Stage Pocket gives divers another margin of safety. Used in combination with stage bottle rigging, the pocket is used to stow the second stage of an oxygen bottle, requiring the diver to deploy the second stage from the pocket before it can be used. The pocket's green color serves as another indicator as to the gas mix associated with the bottle. The pocket is held securely to the cylinder using a bungee loop around the cylinder neck and 1" (2.54 cm) nylon strap that is held at the bottom by the clamp of the bottle rigging. A pair of 2" (3.08 cm) wide webbing loops are on the back of the pocket for use with alternate configurations. The low pressure hose on the regulator is routed thru an opening in the bottom of the pocket, allowing for optimal streamlining. The O2 Second Stage pocket is held closed by a Velcro panel, and is opened using a pull tab with a 1" (2.54cm) D-ring. Made in the USA. 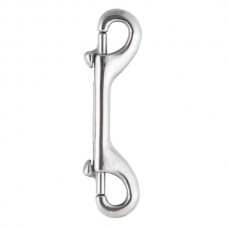 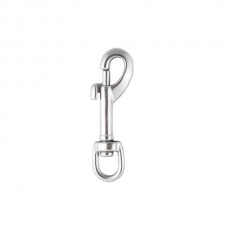